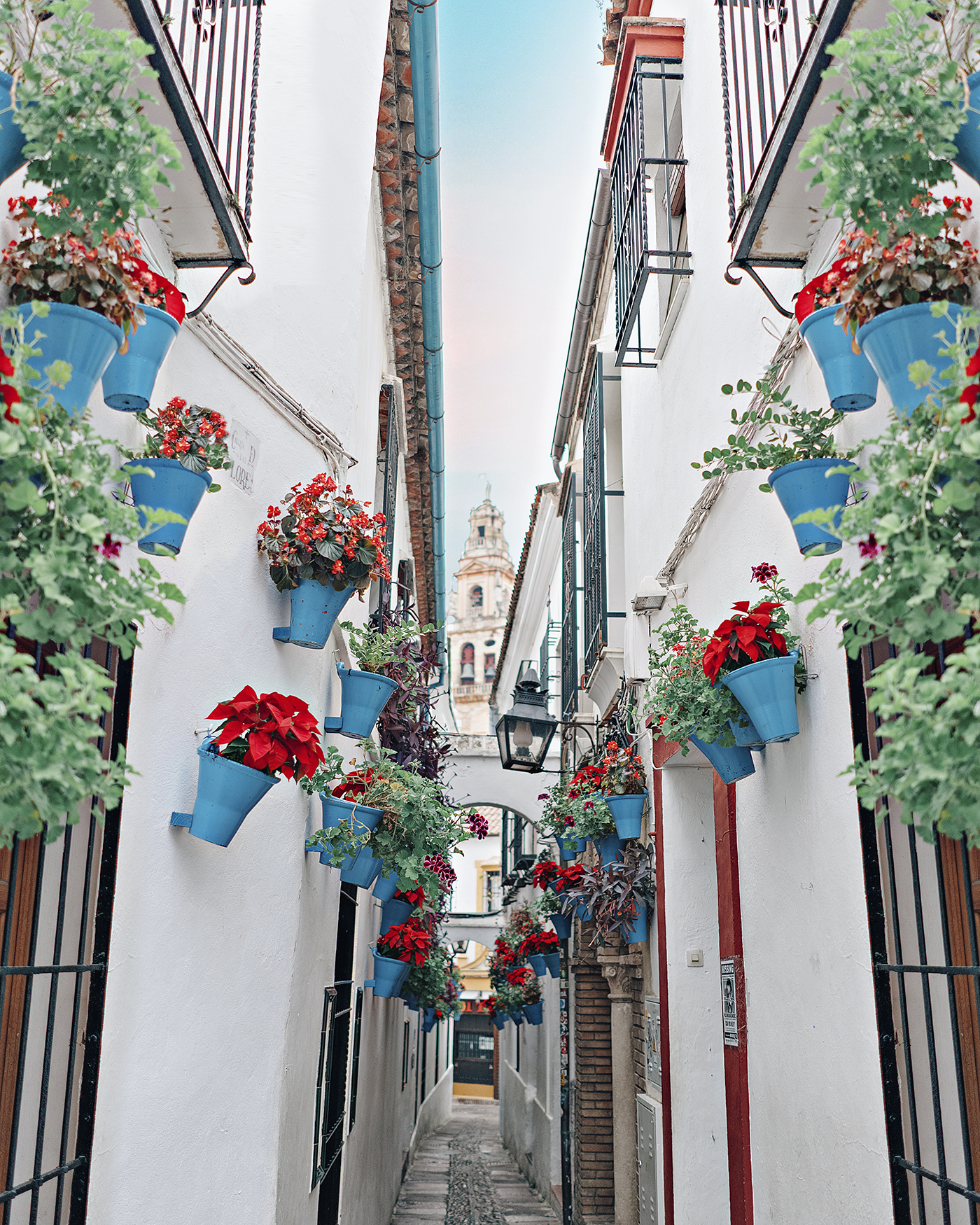 The mosque of Cordova had been on my bucket list since I first saw it in my art history text book in college. I have always had a fondness for Islamic art and architecture, and this incredible feat of human ingenuity captured my imagination instantly. Every time I visited Spain, I tried to make my way to Seville and Cordova, but each trip was just shy of being long enough to make the journey south. For some reason, I felt like I had to explore Spain’s more famous cities first.

This past trip, however, was different. I had explored Madrid and Barcelona thoroughly and work was sending me to Seville to meet with a university. This was it, my chance to see Cordova! I didn’t have much time to explore the city. But, thankfully, Cordova is small and can be visited in just 24 hours. Although, if I had to do it again, I would have preferred to stay in quaint Cordova over Seville.

While I was on a mission to visit Cordova’s famous mosque (now a church), I was surprised by how much I enjoyed the entire charming Medieval city. Cordova is one of those cities that makes you feel like you have stepped back in time. A time when it was the capital of a vibrant, worldly Islamic culture.  Originally settled by the Romans, Cordova reached it apex from the eight century to the eleventh century, when it was the capital of the Islamic Caliphate in Spain. At its peak, the city reached nearly one million inhabitants and boasted a vibrant multi-cultural society made up of Jews, Christians, and Muslims. It was also an important center of learning that was light years ahead of burgeoning European universities. In fact, it was thanks to centers like Cordova that Europe was introduced to algebra and Arab numerals, which allowed for the concept of zero and decimal points. Without such innovations, the great cathedrals of Europe would have never been possible!

At the center of Cordova’s community was the Great Mosque, now a cathedral called the Mezquita. Seeing this multi-columned product of Islamic learning and culture is enough to put Cordova on anyone’s travel list. But there is so much about Cordova to love. Sure, come for the architectural wonder, but stay for the charming historic accommodations, delicious food, and winding Medieval streets that transport you back in time.

STAY: In a historic home.
I stayed in a historic Jewish home in the Judería, Cordova’s old Jewish quarter, which was close to all of the major sights and beyond beautiful. There are lots of historic homes turned boutique hotels in this area, and I think it is the perfect way to appreciate and experience the history of the city.

EXPLORE:
The winding streets of the Judería
Calleja de las Flores (a street lined with flowers)

I can honestly say that Cordova is my new favorite city in Spain. I am mad at myself for not visiting sooner, but I definitely plan on returning. Have you visited Cordova?