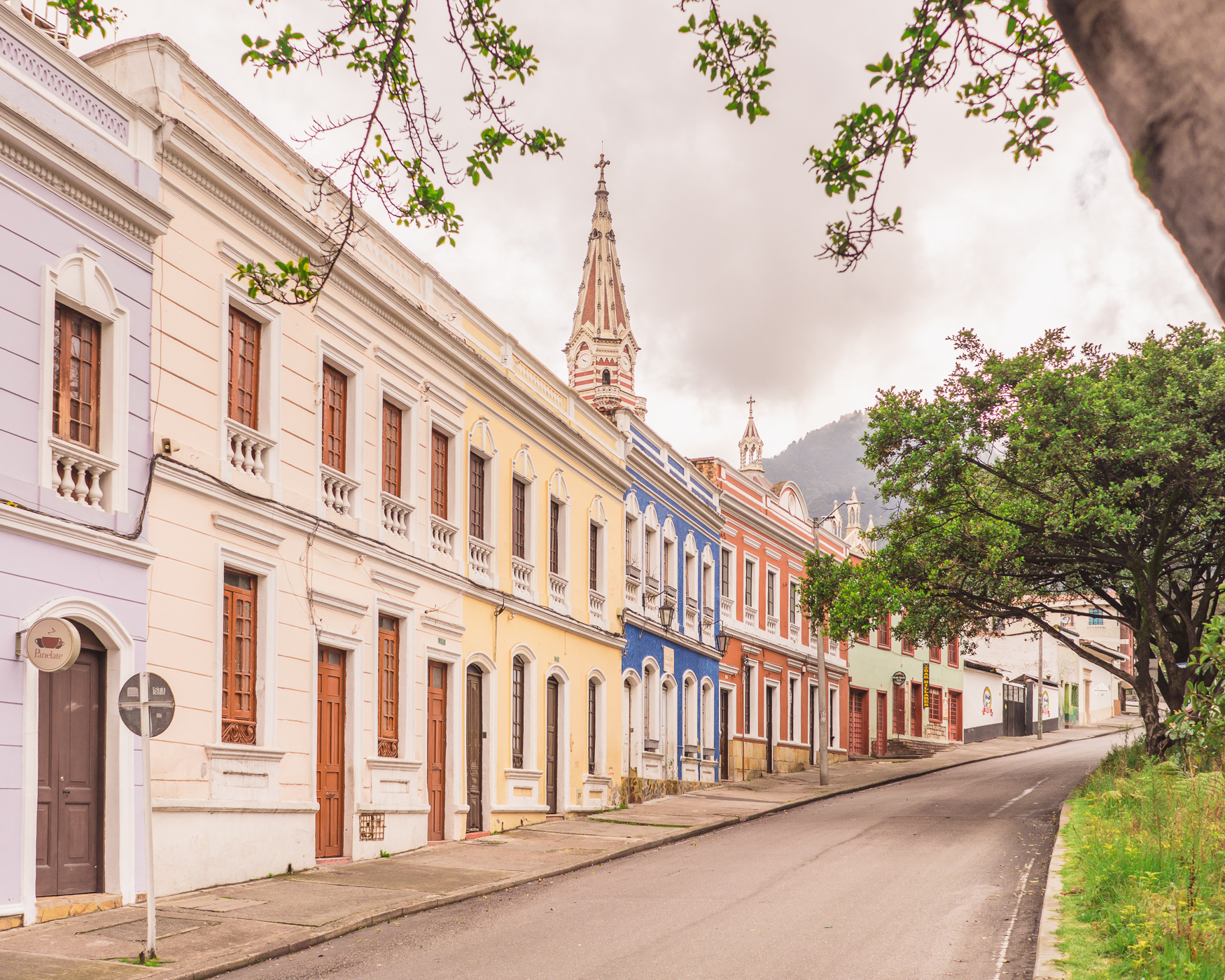 From the rooftop infinity pool of my very chic and modern hotel, I would have never guessed, as I admired the modern and massive city below, that for two decades Medellin was the most dangerous and murderous city in the world! There were signs as we entered the posh neighborhood of our hotel. Massive gates and fences appeared and every entry had an armed guard. Our guide assured us that we were perfectly safe and were in no danger, but we could not help but notice an intense security presence that we did not see in Bogota.

The private security we noticed in Medellin was a present-day reminder of Colombia’s and Medellin’s violent past. Twenty years ago, only the bravest travelers ventured to Colombia. Known for cocaine and one of the longest running wars of the 20th century, the Colombia your mother remembers was synonymous with drugs, kidnappings, and violence. In 1991, there were some 7,000 murders in Medellin alone. This is probably why when I told my mother that I was traveling to Colombia for the first-time last spring, she gasped, “Colombia! Is that safe?”

Despite their difficult past, however, Colombians remain incredibly optimistic, resilient, and proud of their country. They have fought and continue to fight to take their country back from corrupt politicians and cartels. Cities like Medellin, for example, are attacking poverty, displacement, and a lack of infrastructure head on by empowering local communities and focusing on education. The transformation of Medellin is nothing short of remarkable, especially the infamous District 13.

There is no denying that Colombia has struggled to find peace and prosperity since its independence from Spain two centuries ago. Following independence, the country split politically between the two main independence leaders, Bolívar and Santander and their political visions—the Conservatives and the Liberals respectively. The bitter rivalry between the Conservative and Liberal parties led to two civil wars as well as five decades of conflict that characterized the second half of the twentieth century.

The Colombian conflict your mother remembers began in the 1960s and lasted well into this decade. It is complicated and difficult to condense. Basically, the government, paramilitary groups, crime syndicates, and far-left guerillas (known as FARC) fought for power. In the 1980s the conflict intensified as FARC became increasingly powerful, thanks to the US’s War on Drugs.

As you already know, Colombia is famous for its cocaine. Indigenous coca leaves were the essential ingredient in making cocaine. Coca plants were traditionally grown for their medicinal properties in Pre-Colombian societies. When the plant became illegal, farmers, known as campesinos, simply relocated to remote parts of Colombia to harvest and sell the lucrative coca leaves, which were in huge demand thanks to cocaine’s popularity as a recreational drug in the 1980s. When the War on Drugs intensified, FARC offered rural campesinos protection and ensured standard pricing for the coca leaves they harvested. In return, FARC received a percentage for every kilo processed in their territories. Soon, FARC’s resources and recruits ballooned.

By the 1990s, Colombia was mired in political unrest and violence. FARC regularly kidnapped wealthy Colombians and set off bombs. The wealthy responded by hiring paramilitary groups to protect them and combat FARC. The increasing violence devastated the countryside and killed or displaced hundreds of thousands of rural Colombians. Survivors fled to the cities with nothing, and set up makeshift homes on the surrounding hillsides. With no skills outside of agriculture, little-to-no education, and dangerous and unhealthy living conditions, poverty exploded and massive favelas formed around cities like Medellin. Mass poverty only fueled gang violence in the cities and the power of drug cartels, who often won the support of the people by providing for them when the government could not or would not.

We flew over District 13 and the poor neighborhoods haphazardly constructed on the hillsides surrounding Medellin in comfortable, clean gondolas. A sharp contrast to the view below us. As we passed, our guide explained how these gondolas and a network of escalators were installed in an effort to connect the poorest neighborhoods to the city, allowing residents to access better work. In addition to this infrastructure, he also pointed out recently-built libraries and schools along the way, emphasizing the city’s belief the education has and will continue to provide the greatest long-term change.

Colombia’s reinvention is far from complete. But thanks to incredible transformations over the past couple of years, it is now much safer for travelers. And you should definitely take advantage of this. Today, Bogota and Medellin are modern cities rich with culture and history. Not only can you enjoy historical sites, museums, a vibrant food scene, and amazing shopping, you can do it all affordably! Over the course of my trip, I found Colombians were warm and welcoming and excited to share their culture and history with travelers. More importantly, they are excited to share their stories of triumph. Just be sure you don’t spell Colombia with a “u.”