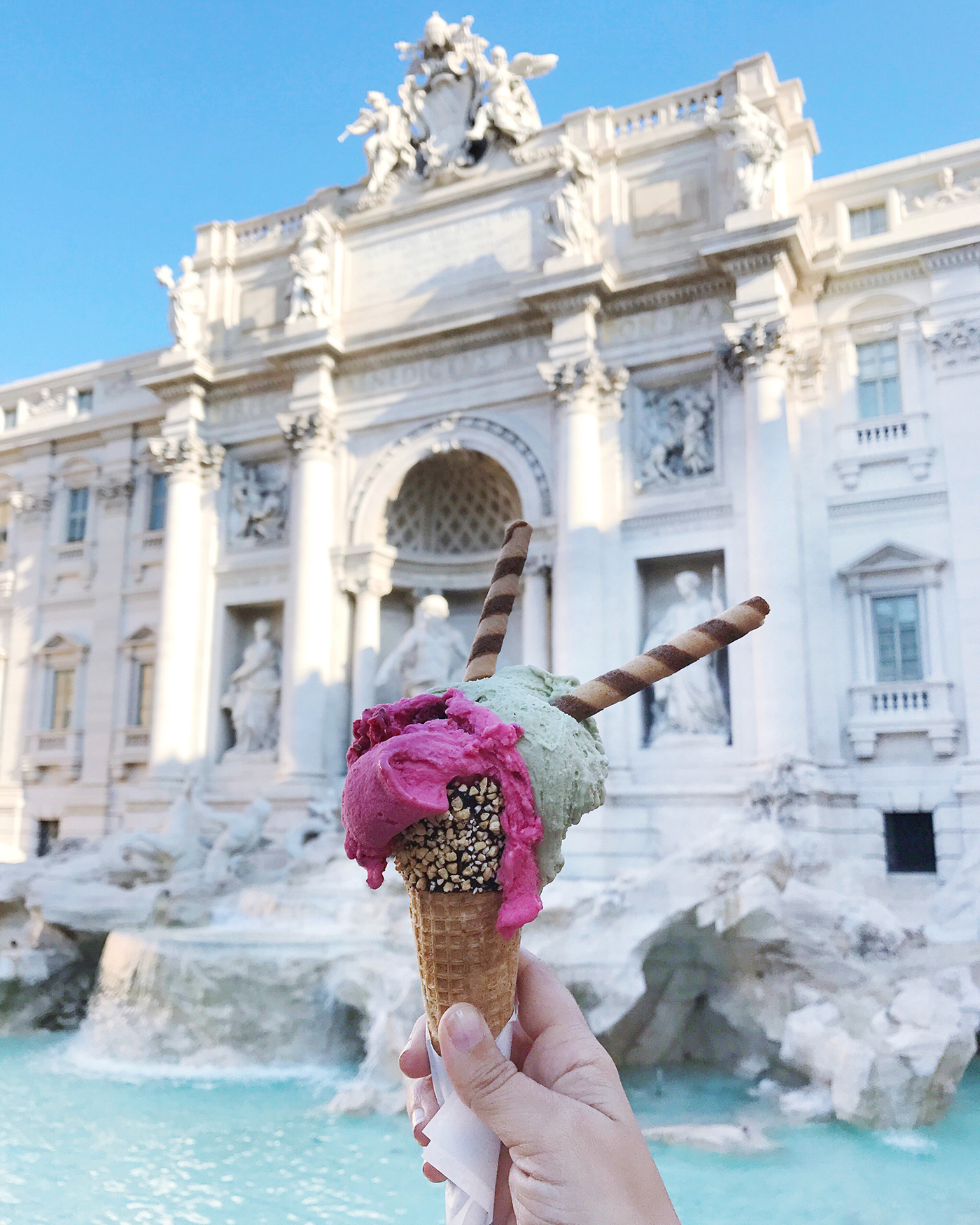 Baroque art and architecture reigns supreme in Rome. Over the course of the 17th century the Baroque visually transformed Rome. In response to Protestant movements, and in an attempt to reassert the superiority and majesty of the Catholic church, seventeenth-century Popes commissioned painting, sculpture, and architecture on a massive scale. The style of this period of intense artistic production, roughly 1600 – 1750, is called the Baroque.

Since Baroque art was intended to defend the supremacy and legitimacy of the Pope and the Catholic Church in Rome it adopted a more dramatic and emotionally persuasive style. It was, after all, an epic battle for people’s souls.

Baroque art engages all of the senses. It is grand in scale, ornate, dramatic, and above all, evocative. Today, Baroque art and architecture can seem a bit gauche or extravagant, but you have to image that in its day it was the only visual tool at the Church’s disposal, and it proved to be a powerful weapon during the Reformation and Counter Reformation.

Baroque art is also what give’s Rome its unique character today. Thus, I believe that you can’t truly appreciate Rome until you see some of its Baroque treasures, which is why I am sharing my Baroque Art Gelato Crawl. This tour highlights some of the best Baroque art in Rome.

I developed this crawl (or walking tour) over the years in an attempt to keep students engaged and excited while trekking across the hot and crowded summer streets of Rome. It has become one of our favorite tours because it combines just enough art with a lot of gelato! From start to finish the tour takes about 2.5 hours. You will want to do this either early in the morning or the afternoon since most churches in Rome siesta between 12:30 and 3:00 pm. And if you want to see this tour mapped out, I’ve created a Google map for it here.

Art Stop #1
Santa Maria della Victoria (The Ecstasy of Saint Teresa)
Obviously, any Baroque art crawl must feature Bernini – the darling of 17th Rome. Bernini is often credited with founding the sculptural style of the Baroque. Bernini’s sculptures (and his architecture) embody the expressive and dramatic style of the Baroque.

The little church of Santa Maria della Victoria houses one of Bernini’s masterpieces, The Ecstasy of Saint Teresa. When you first see this sculptural vignette you might be a little shocked, because it basically depicts a nun having an orgasm. Teresa was a mystic nun who wrote about the ecstasy she experienced when an angel sent by God pierced her with the “flaming arrow of divine love”… ahem. Unlike renaissance artists, who would have given you a serene portrait of Teresa, Bernini depicts this scene at the height of Teresa’s ecstasy. Like I said, dramatic.

Art Stop #2
The Capuchin Bone Crypt
This stop is not an example of high art, but a great illustration of the period that created the Baroque. In the mid 1600s, the Capuchin Friars of this church decided to decorate their crypt with the bones of their dead predecessors (and eventually themselves). It’s equal parts creepy and creative and reminds us of just how different the relationship between life and death was in the seventeenth century.

Gelato Stop #1
Gelataria Valentino
After two pretty intense stops, it is time for some gelato! While this might not be the best gelato in Rome, it is perfectly situated for a quick stop on your way to the Trevi Fountain, and has plenty of fun flavors to try.

Art Stop #3
Trevi Fountain
The Trevi Fountain needs no introduction since it is one of the most famous sights in Rome. But the fountain also illustrates the intense program of urban renewal in Rome that also characterized the Baroque period. Across Rome various Popes commissioned large boulevards, grand piazzas, and monumental fountains. The Trevi Fountain was symbolic because it was made possible through the revival of Rome’s ancient aqueducts. Not only did restoring ancient aqueducts bring much needed fresh water into the city, it also connected the power and progress of the Papacy to the achievements of Ancient Rome.

Art Stop #4
Church of St. Ignatius
Remember when I said the Baroque was all about grandeur? Well take a look at the ceiling of the basilica of St. Ignatius and you will see what I mean. This is by far my favorite, and most awe-inspiring, ceiling in Rome. Oh, and don’t miss the fake (painted) dome at the center of the transept.

Gelato Stop #2
San Crispino
Tucked behind the Pantheon (to the north actually) is my favorite gelato in Rome – San Crispino. You can tell it is good artisanal gelato since it is kept recessed in silver containers. Piles of colorful gelato are more about show that taste. While San Crispino has the usual flavors, they also make some really interesting combinations, so be adventurous!

Art Stop #5
Carravaggio (San Luigi dei Francesi)
No Baroque Art crawl is complete without a Caravaggio painting. Caravaggio is probably the best-known Baroque painter. His characteristic dramatic light, intense emotion, and simple compositions inspired an entire generation of painters across Europe. Inside the basilica of San Luigi dei Francesi you will find three of his most famous works – The Calling of St Matthew, The Inspiration of Saint Matthew, and The Martyrdom of Saint Matthew (all in the Contarelli Chapel). In their day, these paintings were the talk of Rome, since they portrayed holy figures as real people, complete with dirty feet.

Constructed in 1651, this fountain represented the four known continents. Each continent is represented by a personified river – The Ganges (Asia), The Río de la Plata (America), The Danube in (Europe), and The Nile (Africa). The positioning and body language of each reveals European perceptions of an emerging global world. The Ganges figure looks away from the church since Asia was seen as spiritually ignorant. Conversely, the Rio figure throws his hand in the air towards God, symbolizing the acceptance and conversion of native peoples in the new world. The Danube, of course, sits stoically, since it represents civilized Europe. And, finally, the Nile covers its face indicating the mystery surrounding the source of the Nile and the perceived ignorance of Africa.

Gelato Stop #3
Tre Scalini
You’ve made it! Reward yourself for appreciating all that art with one final gelato from the historic and famed Tre Scalini. Prices in the Piazza Navona are high if you sit (you’re paying for that premium view and people watching) so I always advise people to get it to go.

And there you have it. Art and Gelato, what is not to love?!