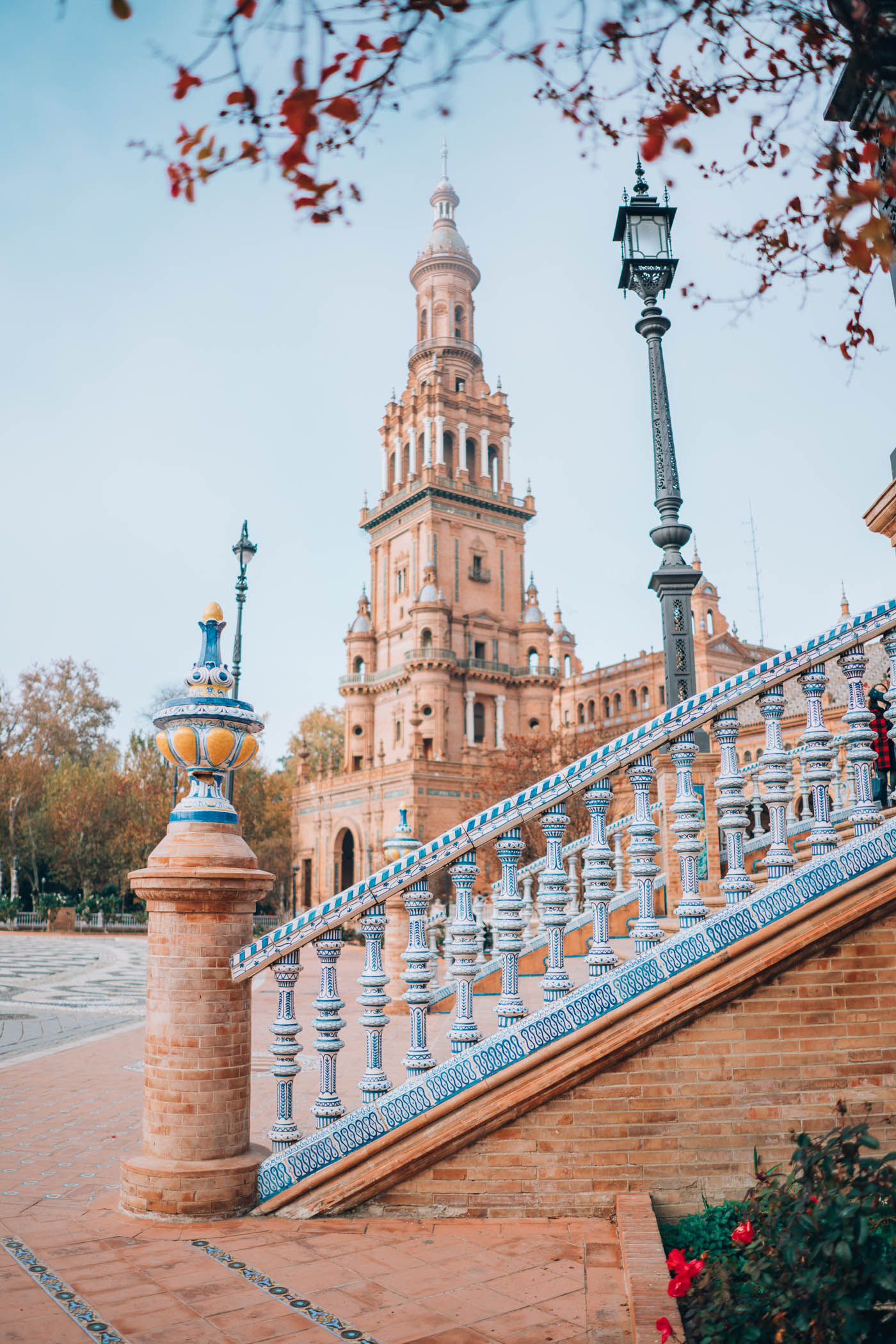 After my quick stop in Cordova, I headed to Seville. I was there for work, but part of my job is also seeing and exploring the cities in which our partner, or potential partner, universities are located. The more I know about the university and city, the more I can help students with their study abroad choices and experiences. I know, my job is tough!

Like Cordova, Seville’s culture, art, and architecture was heavily influence by its Islamic past. But Seville did not rise to prominence until after the collapse of its influential neighbor Cordova in the 12th century. That was when the city became the capital of a new Moorish kingdom, and when the city’s major architectural gem — the Alcázar palace — was built.

Following the Reconquista (i.e. when the Spanish Christians in North retook/took the southern Moorish part of the peninsula), Seville became one of the most important cities in Spain, as all goods from the New World had to pass through the city before they could be distributed through the rest of Spain and Europe. This transformed Seville into one of the largest, most cosmopolitan, richest, and powerful cities in the world. This concentration of wealth and culture ushered in an architectural golden age of Renaissance and Baroque palaces that fused Moorish and European aesthetics. One of the best examples of this is the stunning Casa de Pilatos.

By the sixteenth century, however, Seville’s monopoly over trade was challenged, and the office of trade was eventually transferred to Cadiz. While Seville never returned to its former wealth, power, or population, this is actually good news for modern-day visitors. You get all of that history and culture preserved in a smaller and more charming city than Madrid or Barcelona.

While Seville might be smaller than Madrid and Barcelona, it is still a popular destination. I was surprised by how busy it was in early December. For the major must-see sights, like the Alcazar, make a reservation online when ever possible. My personal favorite was the spectacular Plaza de Espagna. It is an open square, so need for a ticket, but you will want to get there early if you want photos without tons of tourists.

Below is a map guide of my favorite sights, places to eat, and a couple of hotel suggestions.

Have you been to Seville? What sight or restaurant would you add to this map?